Hey, sorry about that!

As we respect the wishes of our clients, this project is currently under NDA.
Please contact us for a private showing.

Lhotse showcases the journey of making first descents on the infamous Lhotse Face, located in the Everest range. The film's geographic location and altitude posed a unique challenge for the filmmakers, rendering the use of drones and helicopters for filming difficult, if not impossible. Instead, the film had to rely heavily on the accurate portrayal of the Everest range through graphics alone. This created the unique opportunity for us to art direct each shot to show exactly where the athletes were at each moment in the film.

We worked closely with the filmmakers to design various representations and styles of what the range could look like in a fully CG environment and ultimately moved forward with a highly treated graphic style while still giving justice to the massive scale of the range itself.

The film was a huge success landing over 2.8 million views and earning several accolades including 2019 Vimeo Staff Pick, 2019 Vimeo Nomination,  2019 Powder Awards Best Documentary, and others. 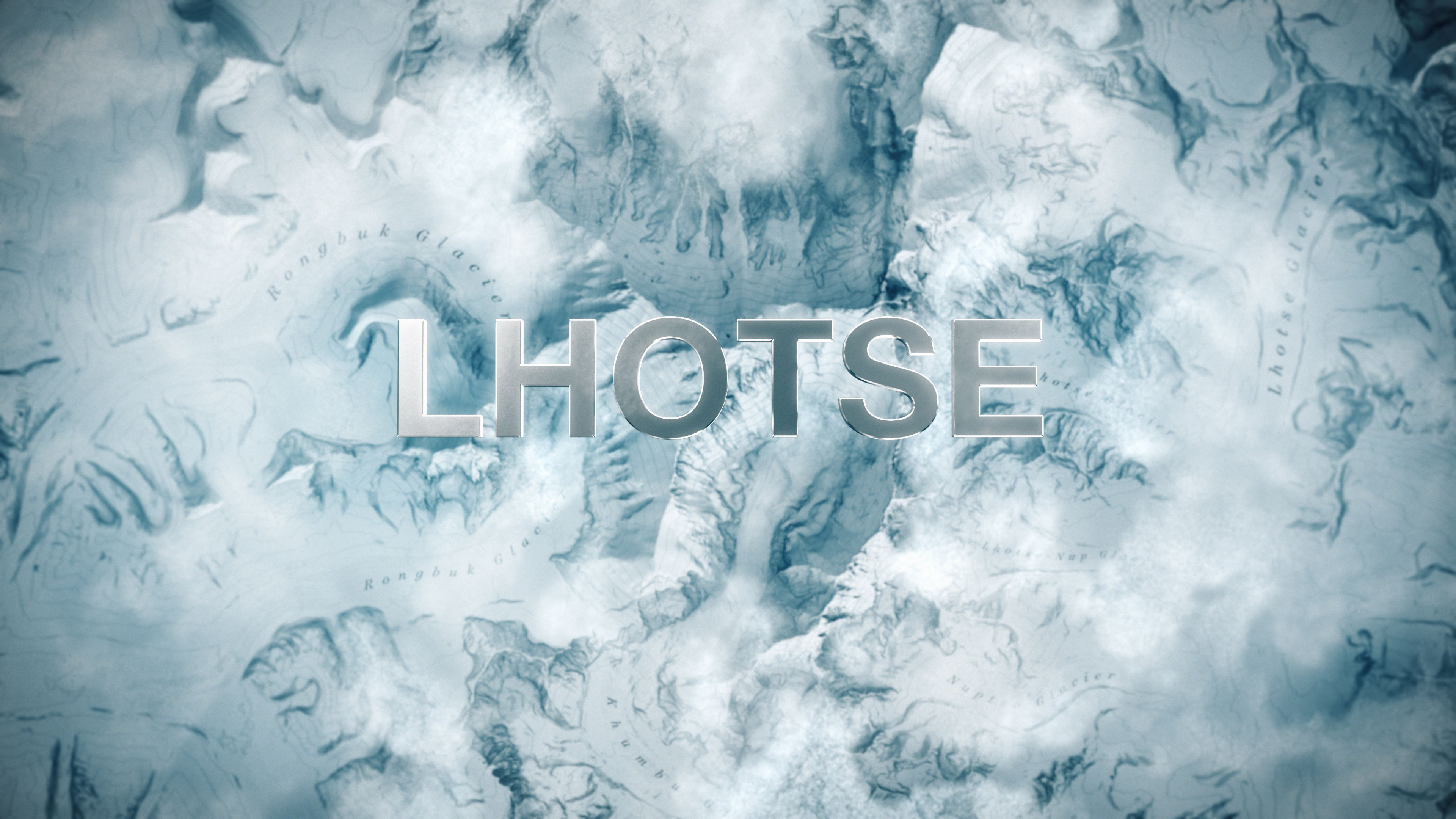 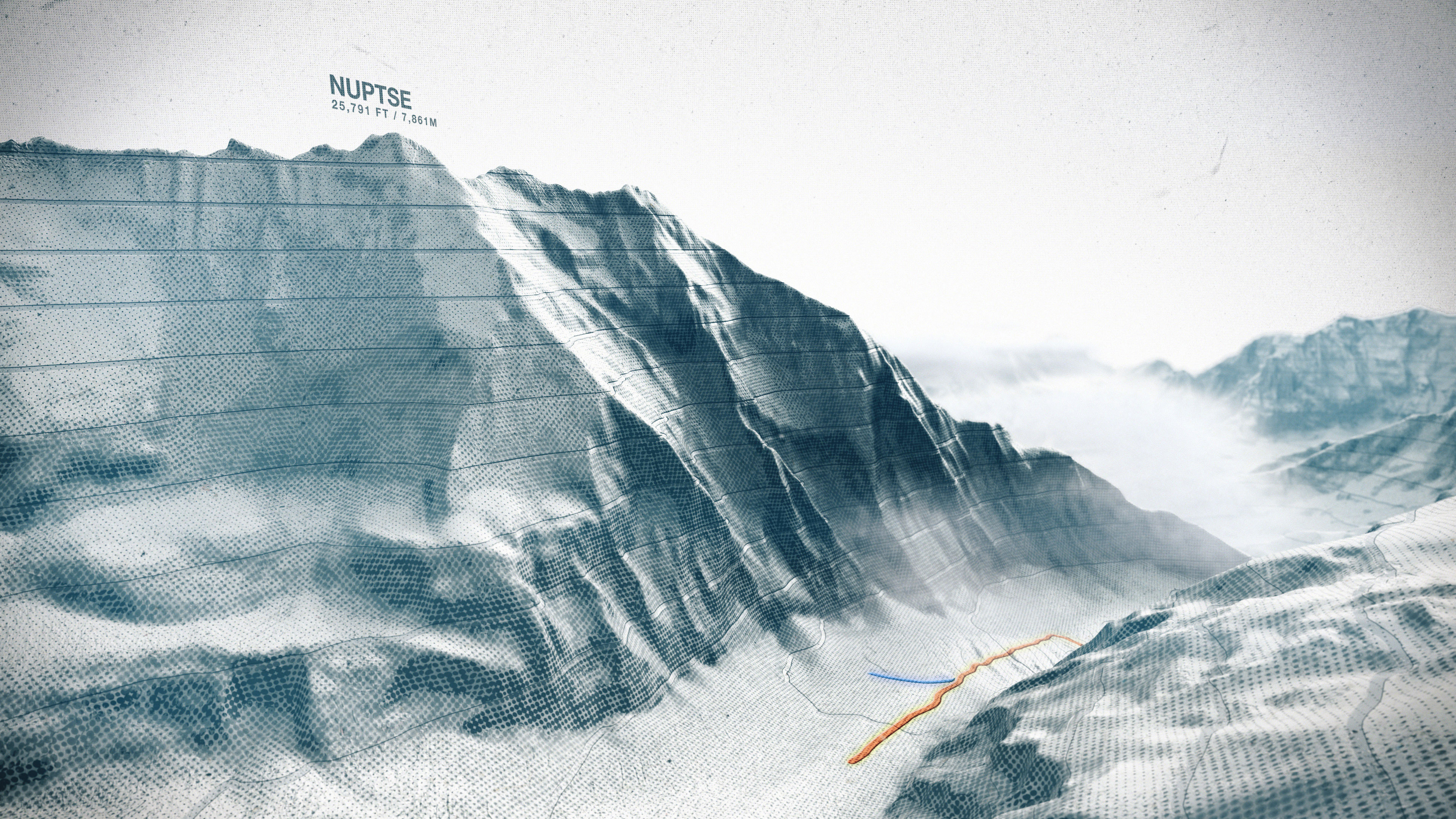 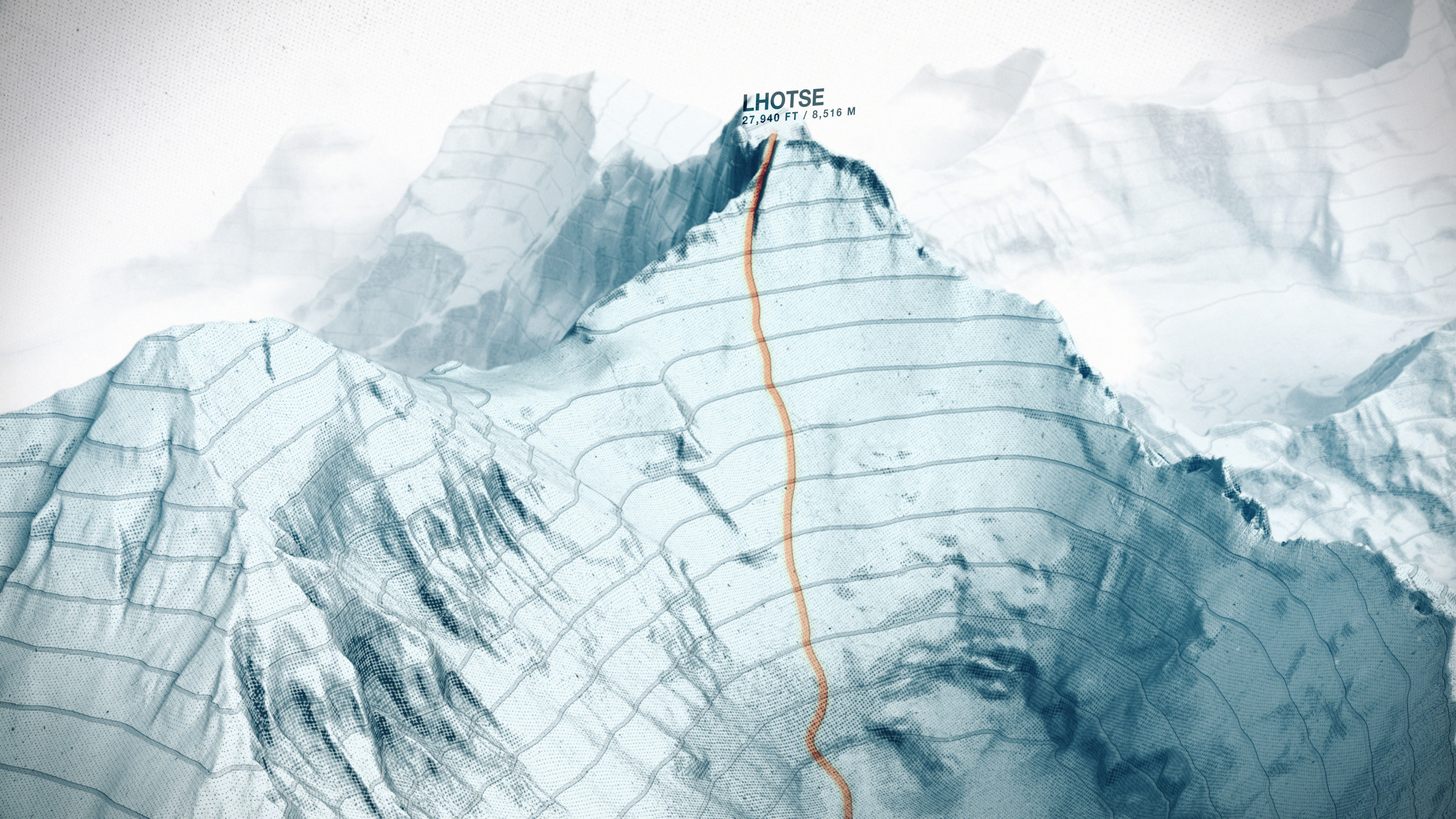 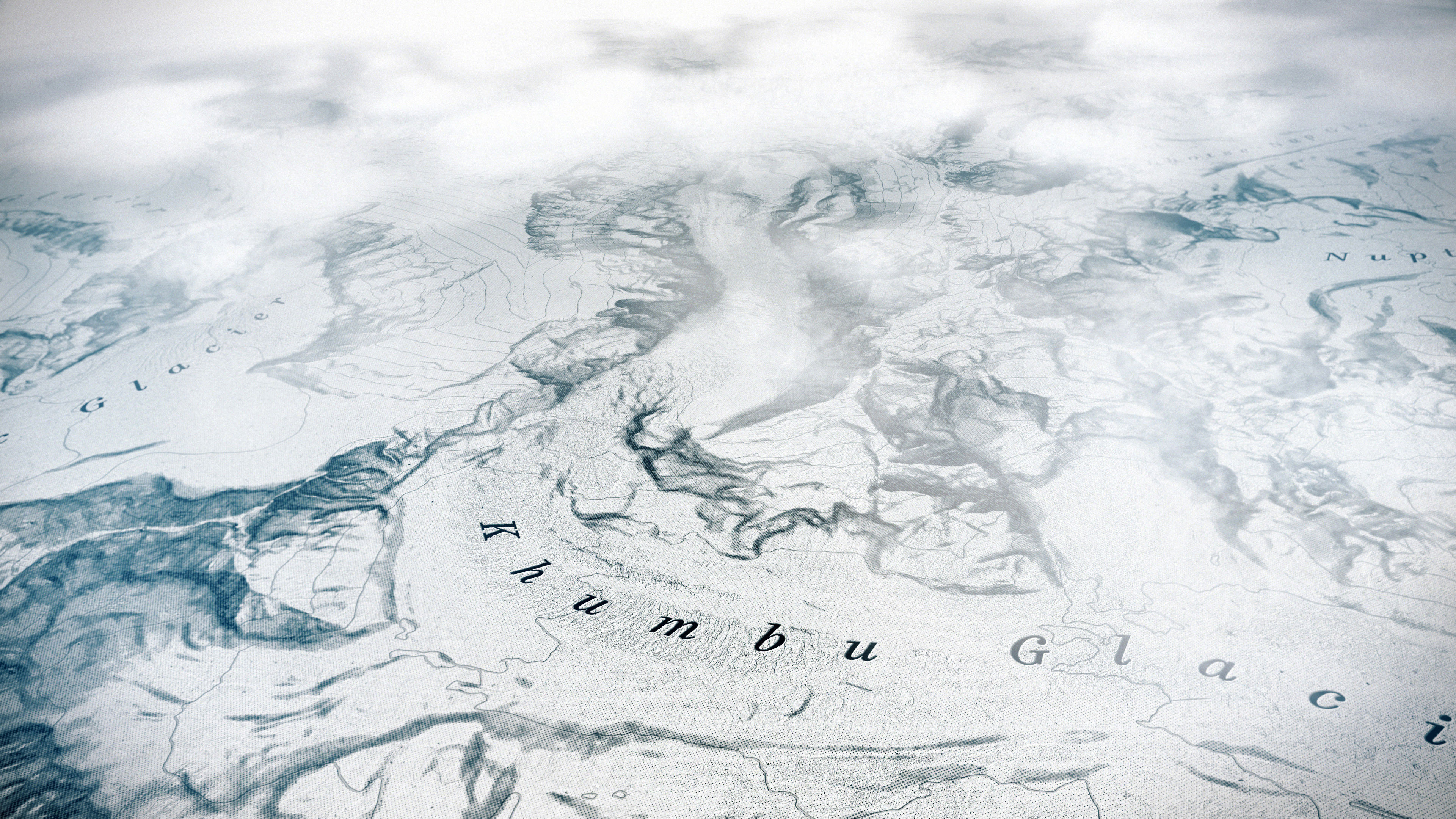 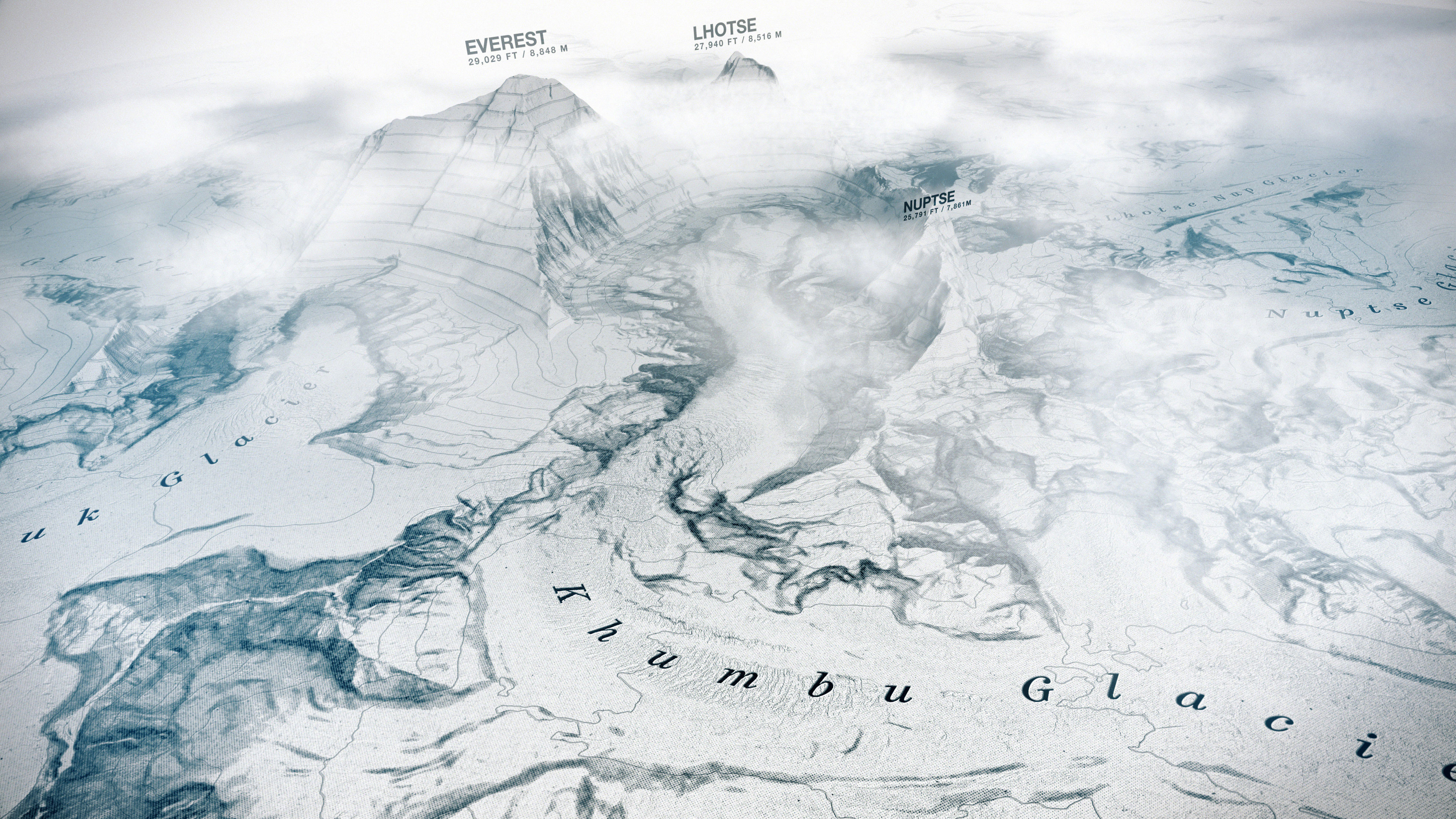 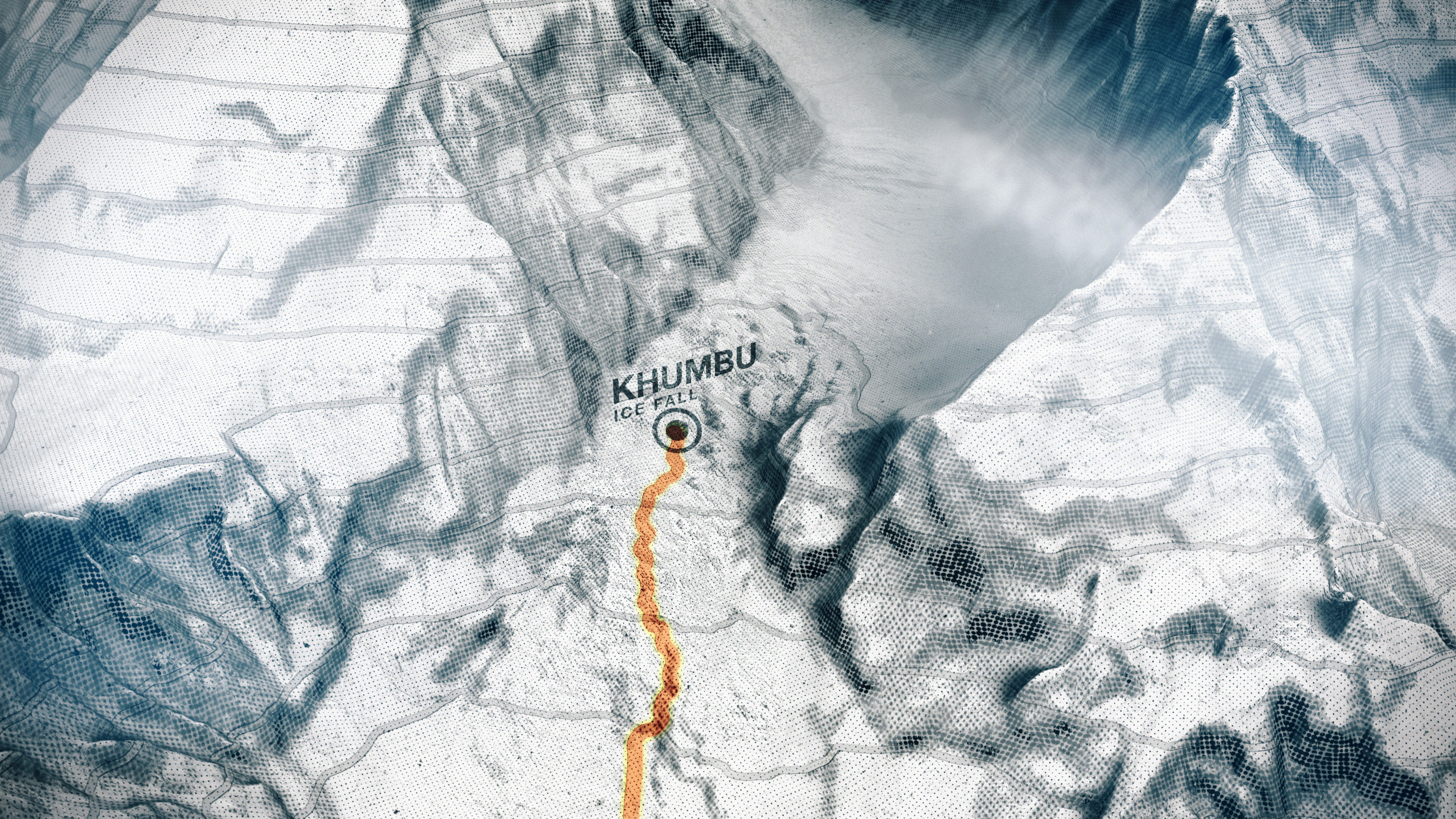 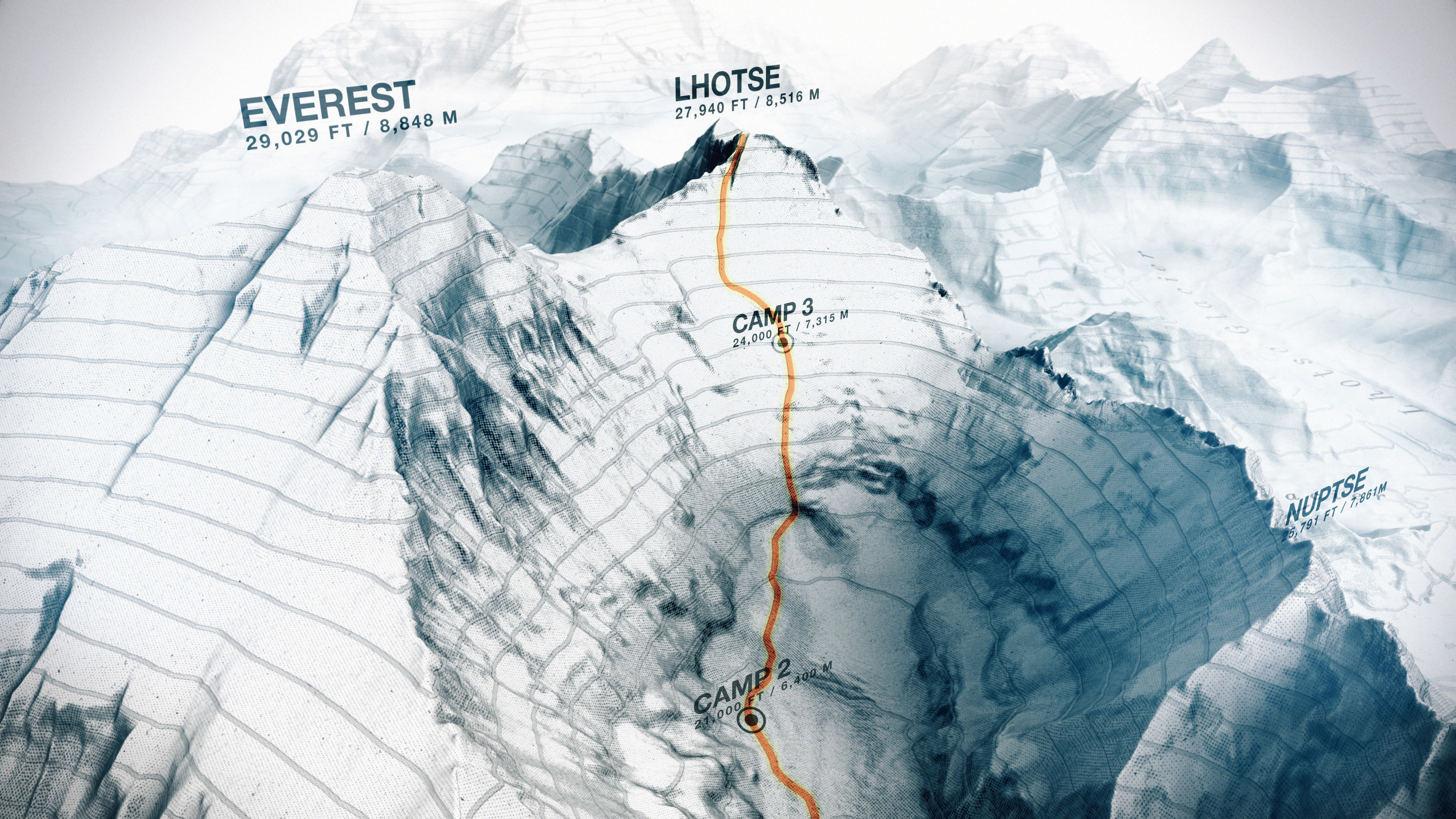 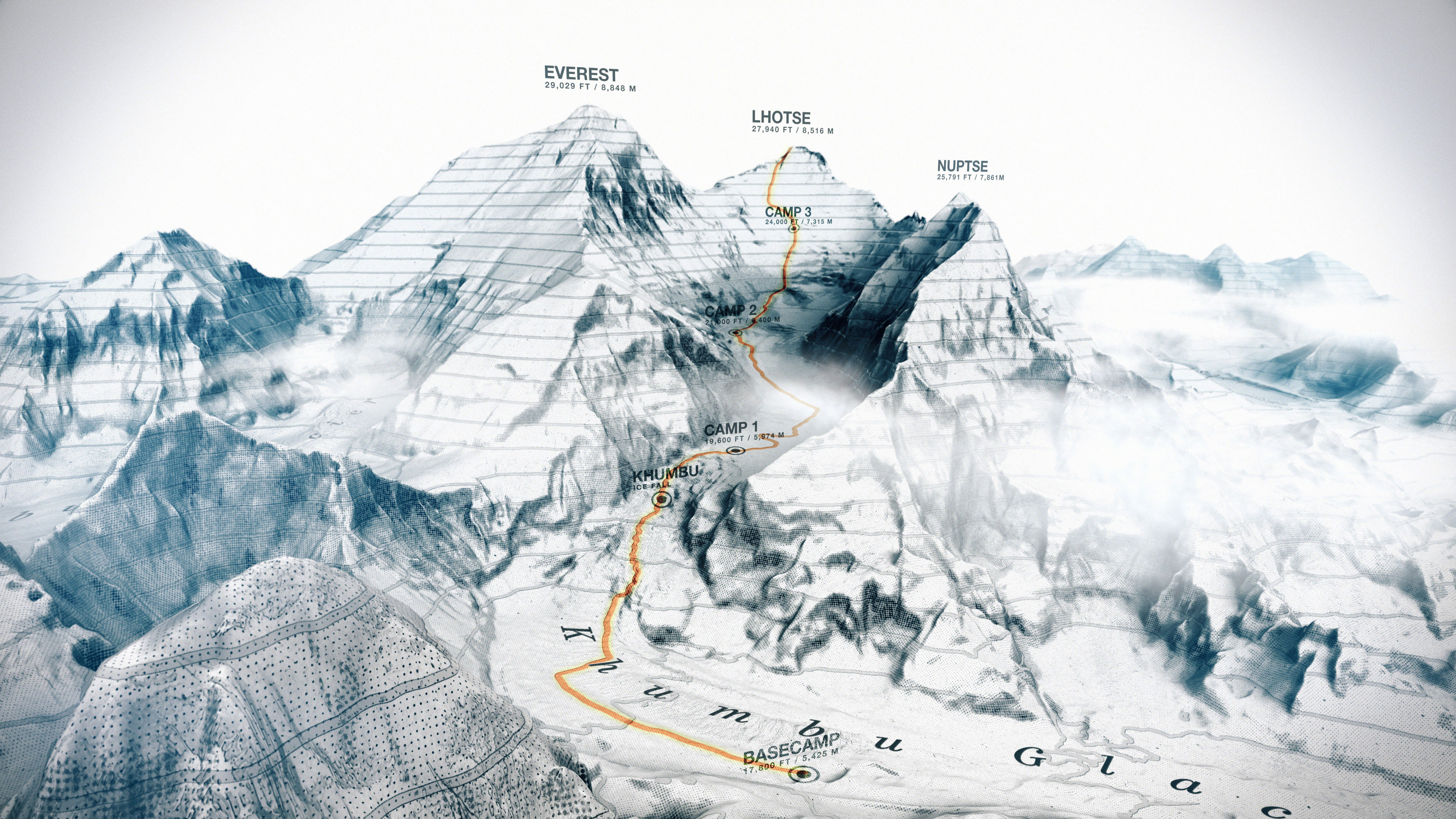 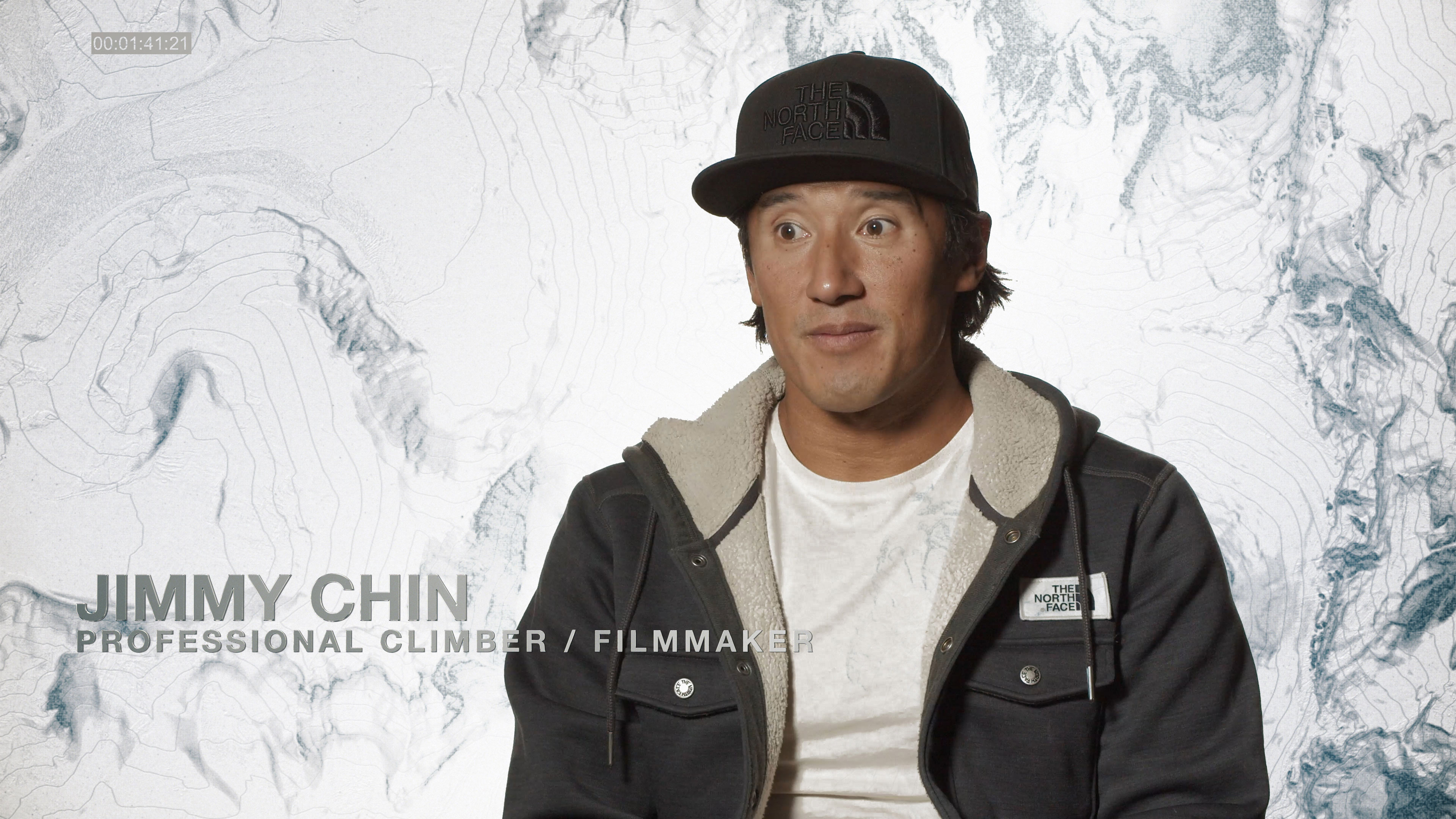 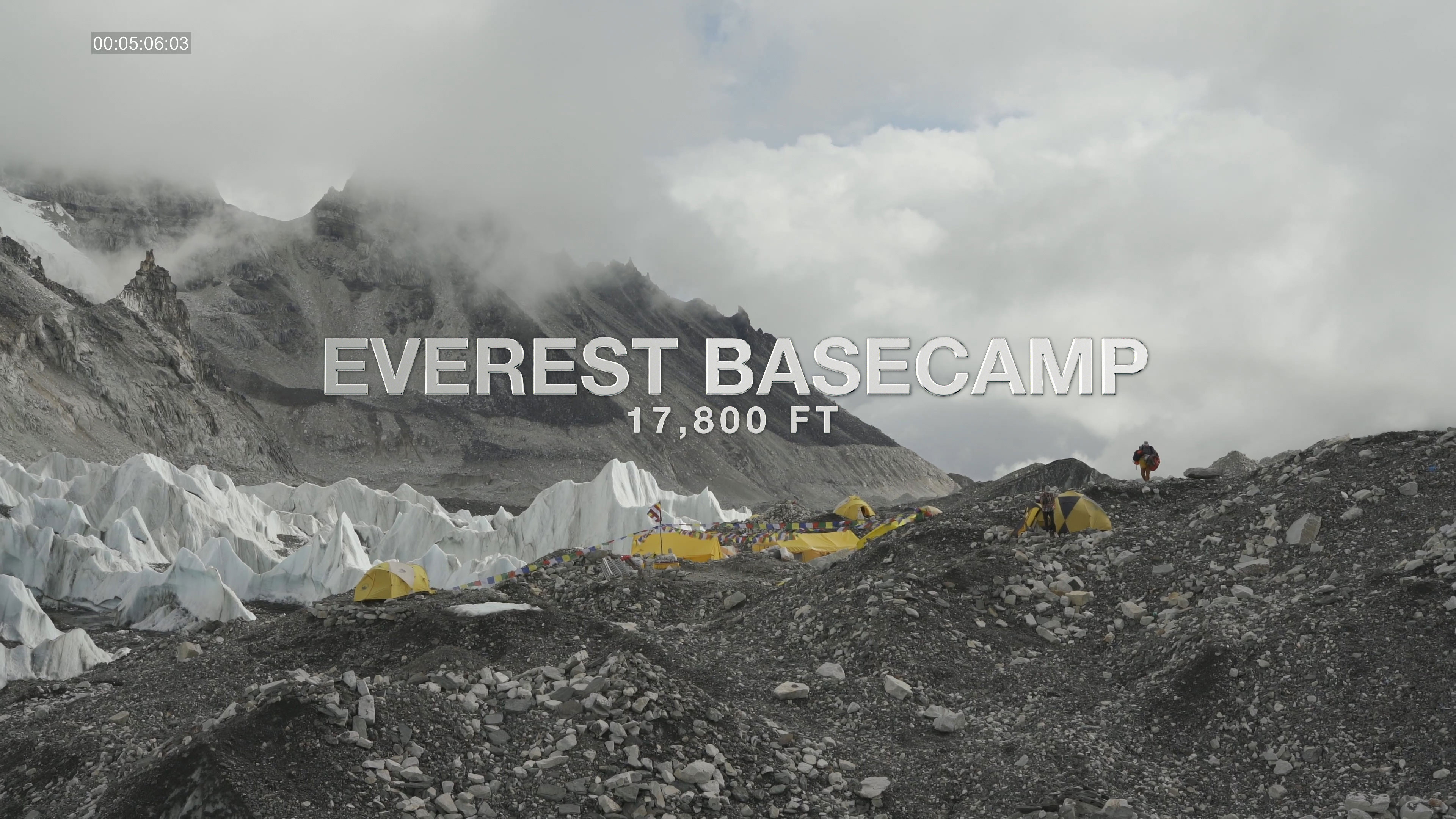 Sourcing the height map (geospatial) data in and around the Everest Range proved to be a challenge. Publicly available data in that area of the planet was generally about 30m²  (the surface area 1 pixel represents within a height map). To get detail in the shots we needed, we had to find a way to affordably source 8m² data or less.

The finished style relied on generative relief and shading maps rendered at 25k (25,000 x 25,000). A custom halftone shader was built in Redshift to take the shading maps and create the finished halftone look. Topographic splines were pre-rendered from the camera's POV and reprojected back into the Redshift textures, which enabled the lines to exist without stretching or squashing on the deformed geometry. 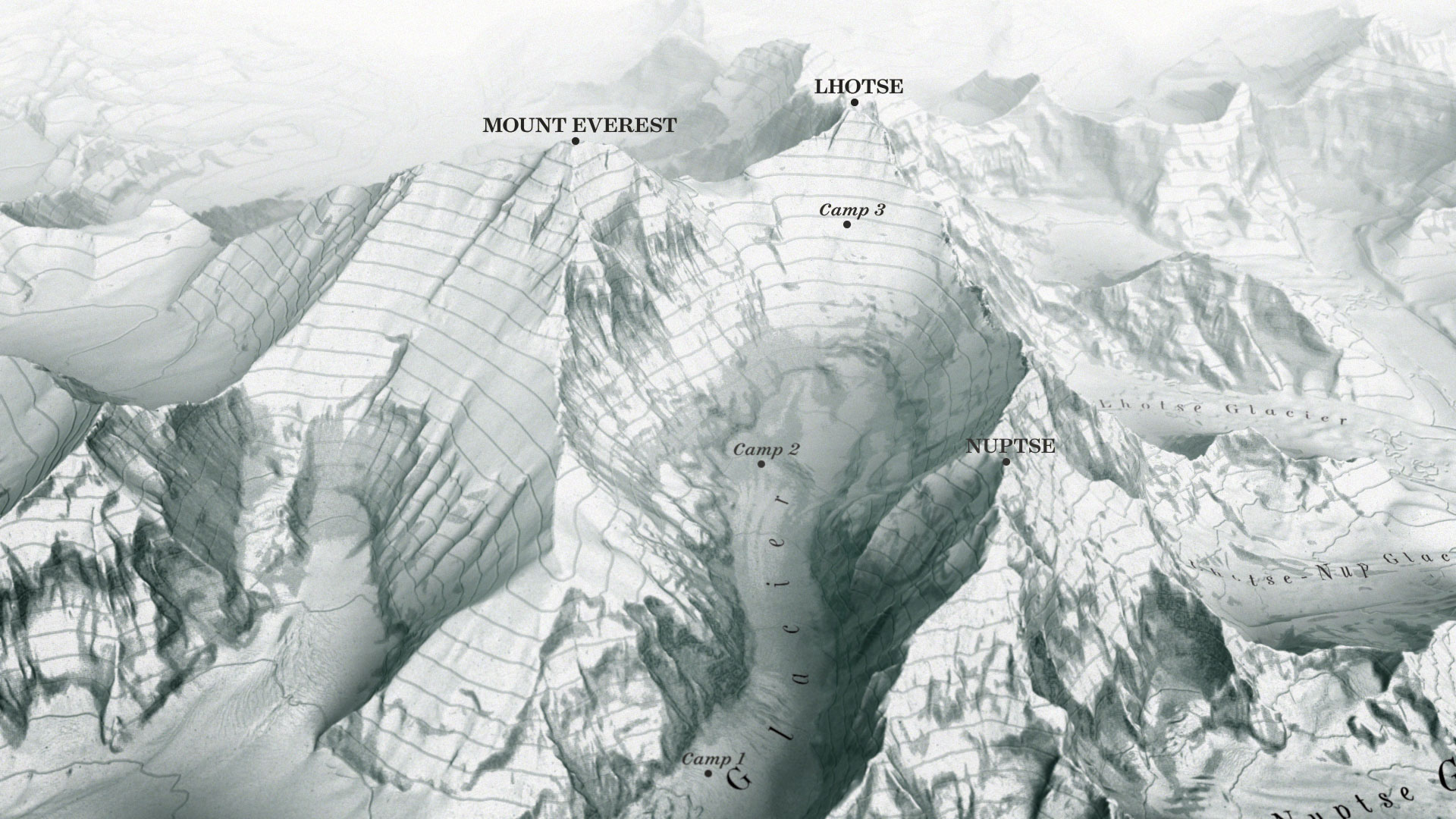 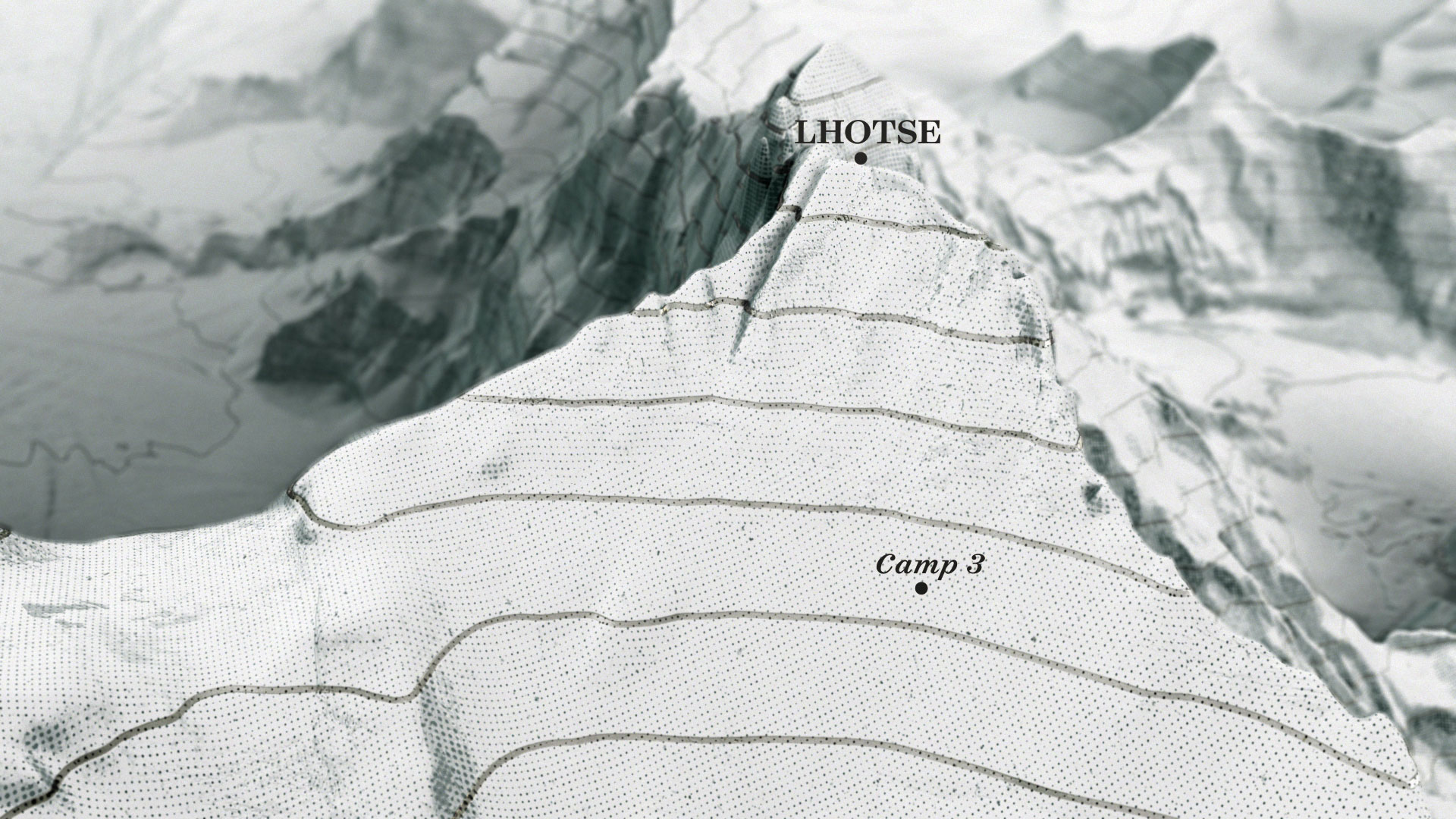 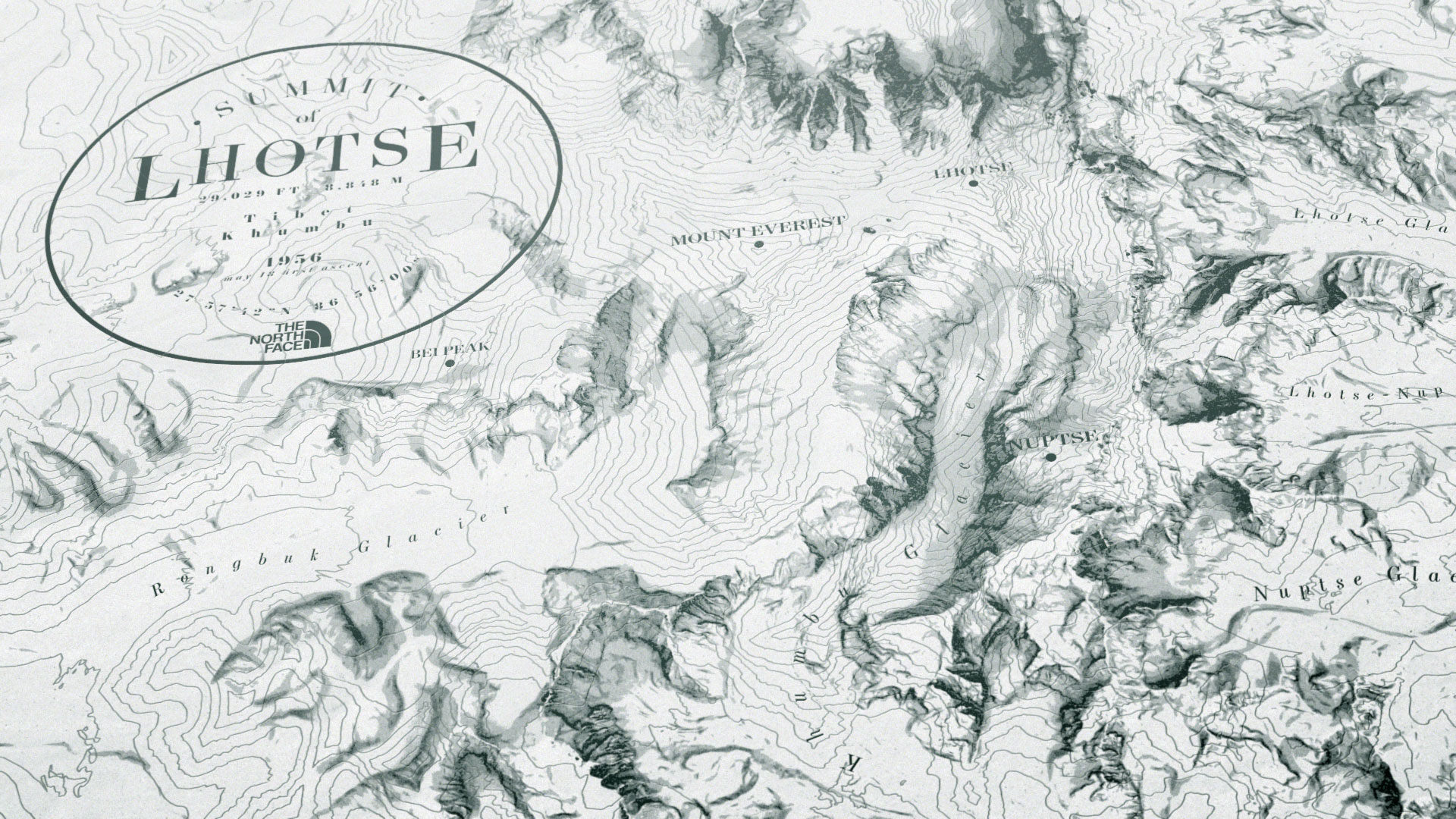 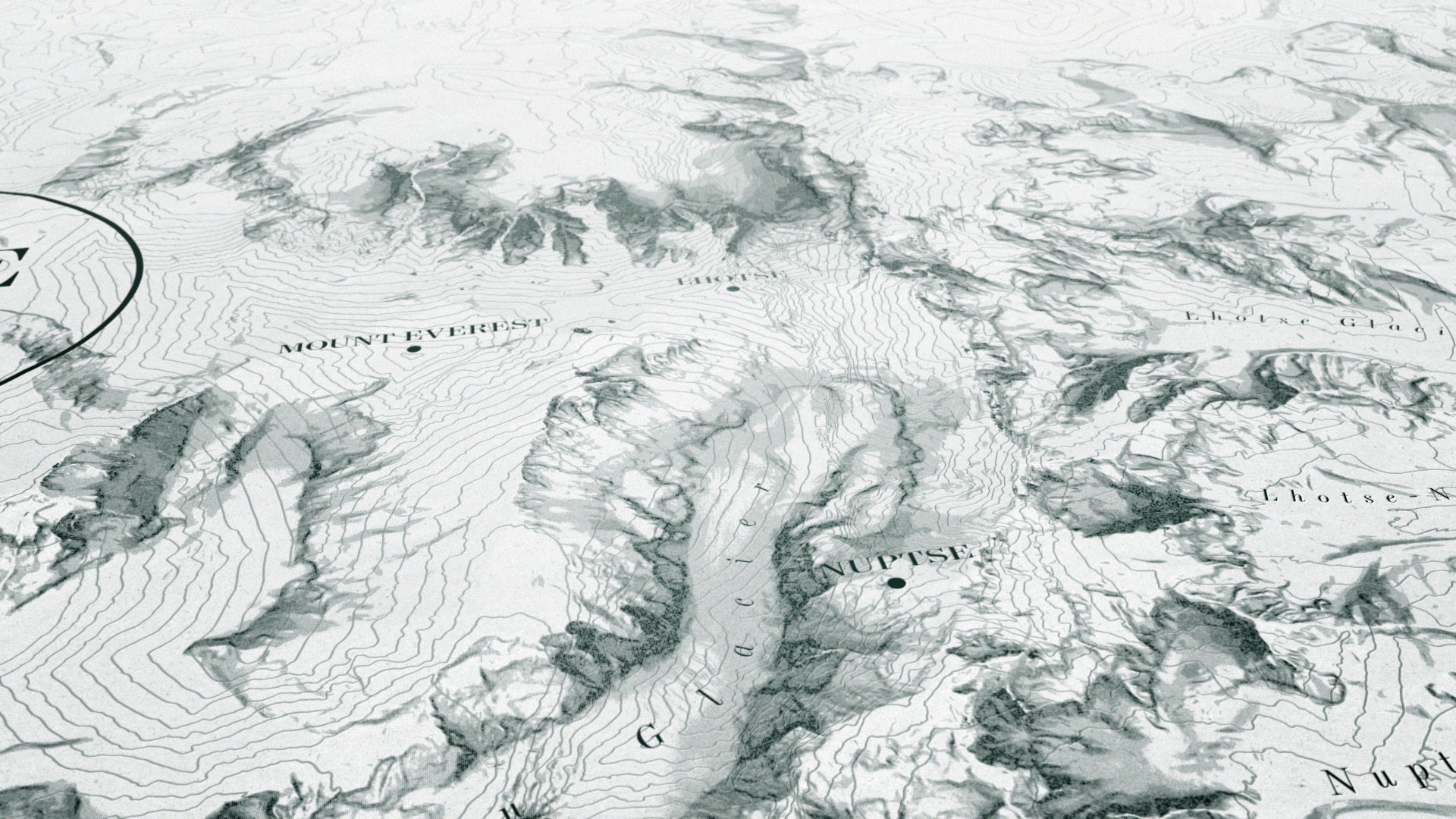 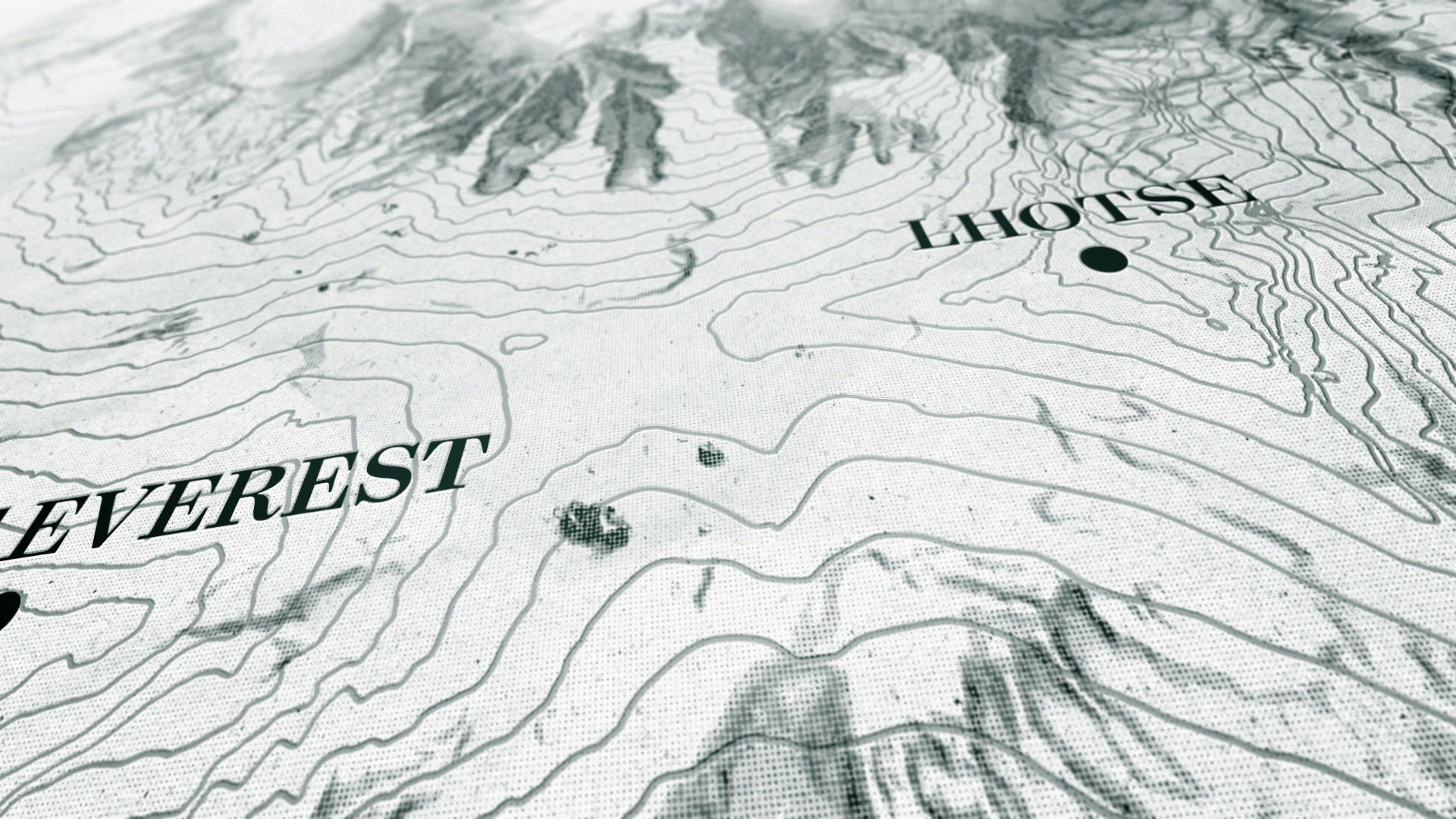 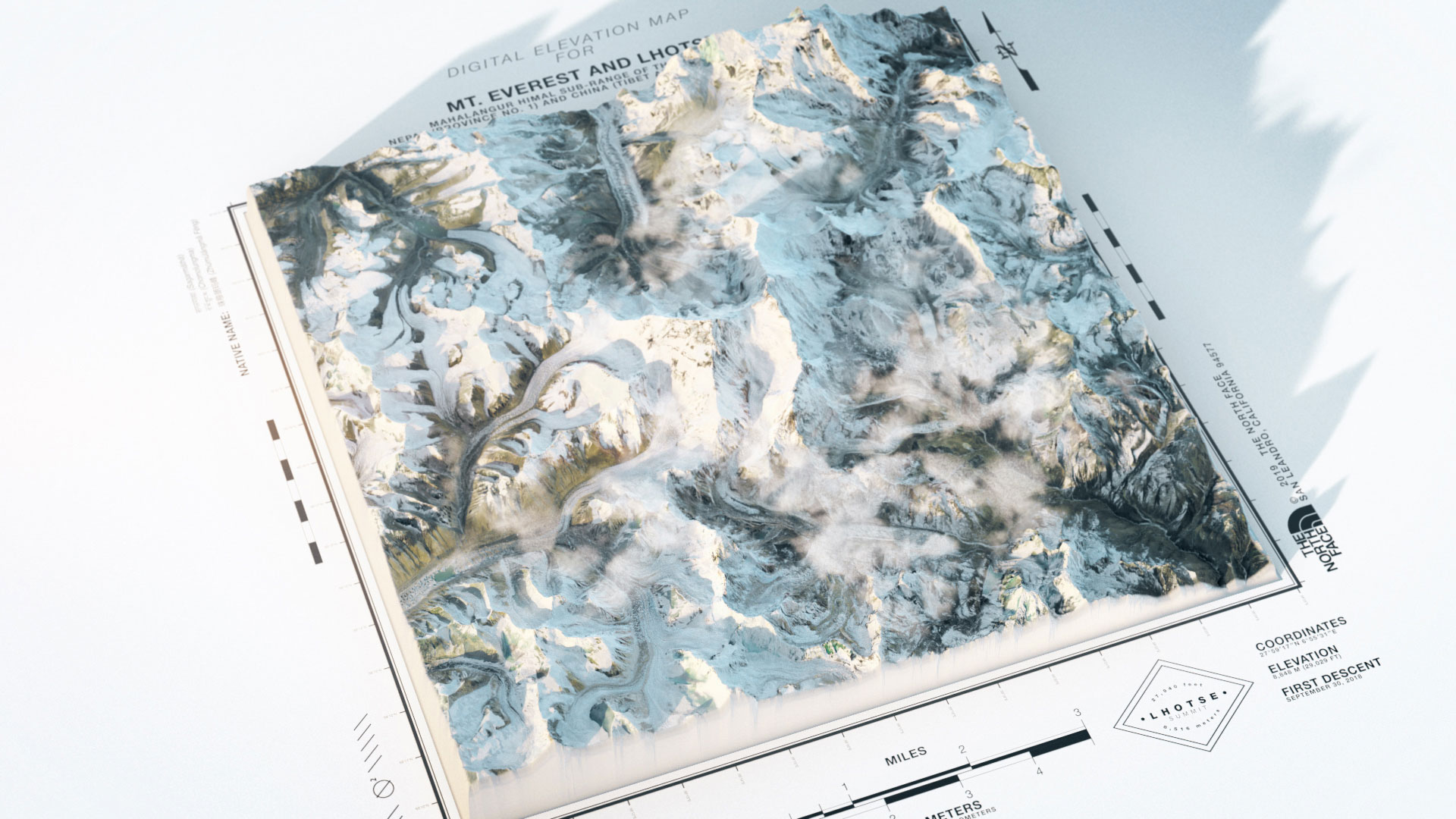 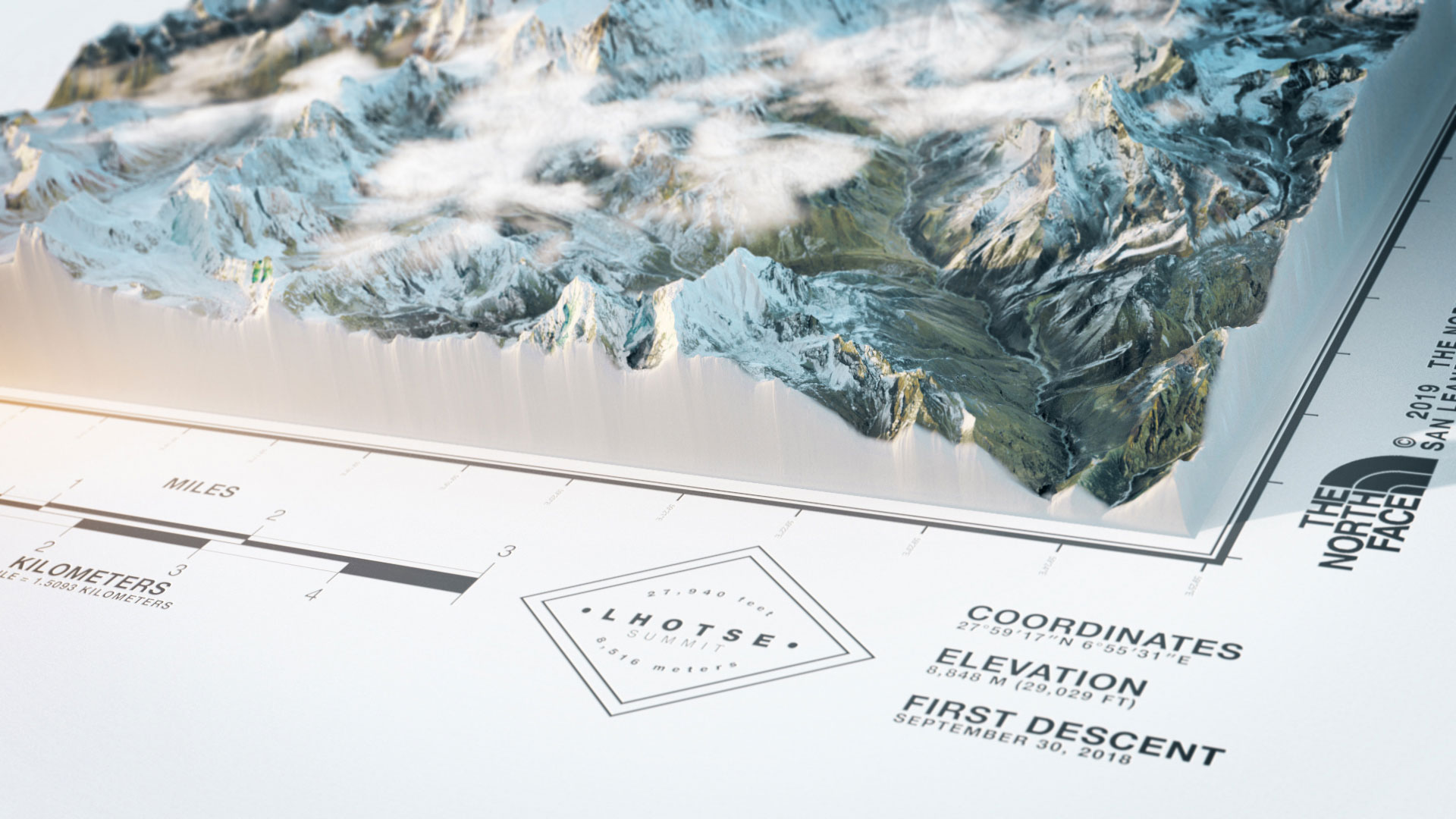 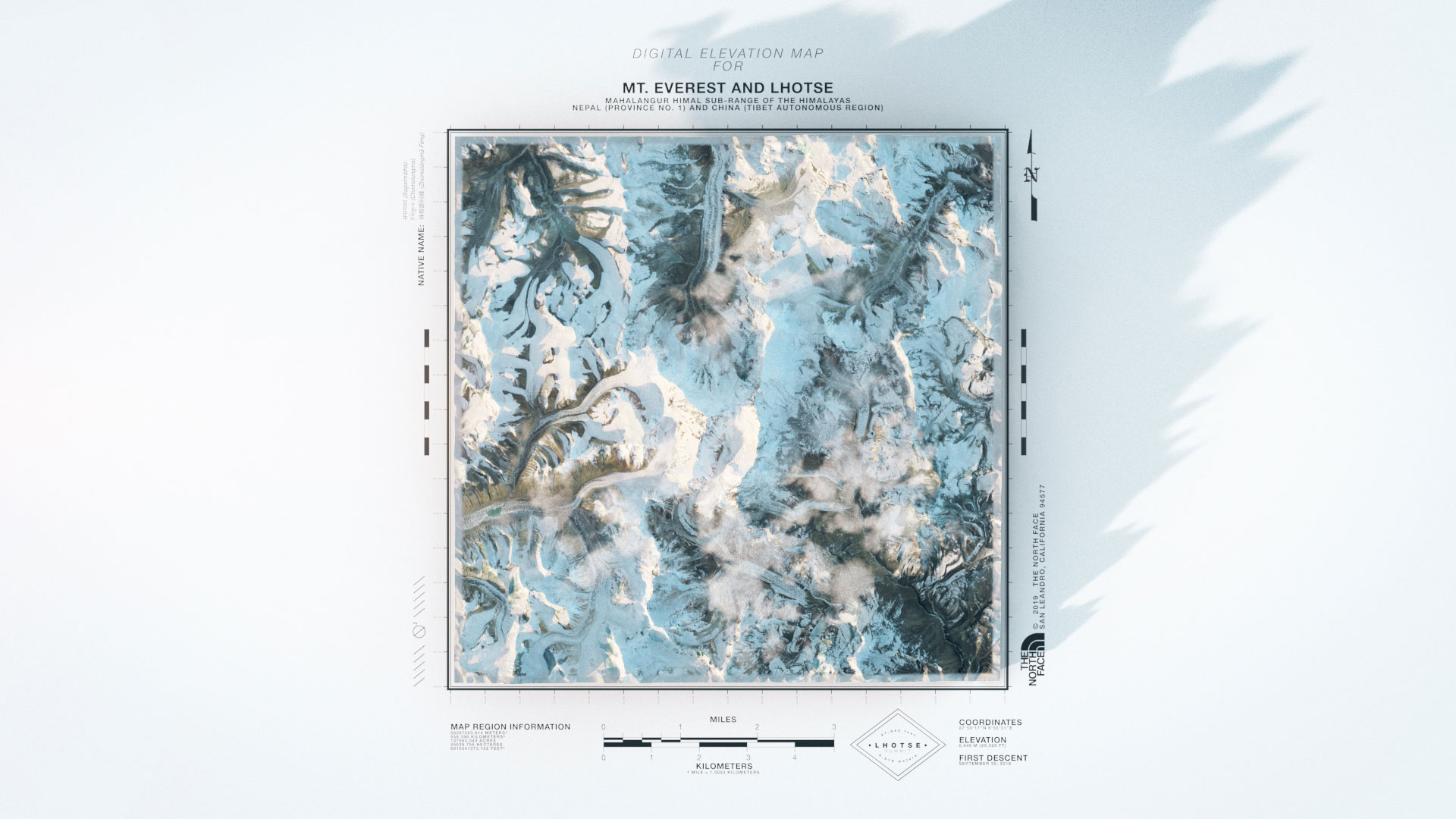 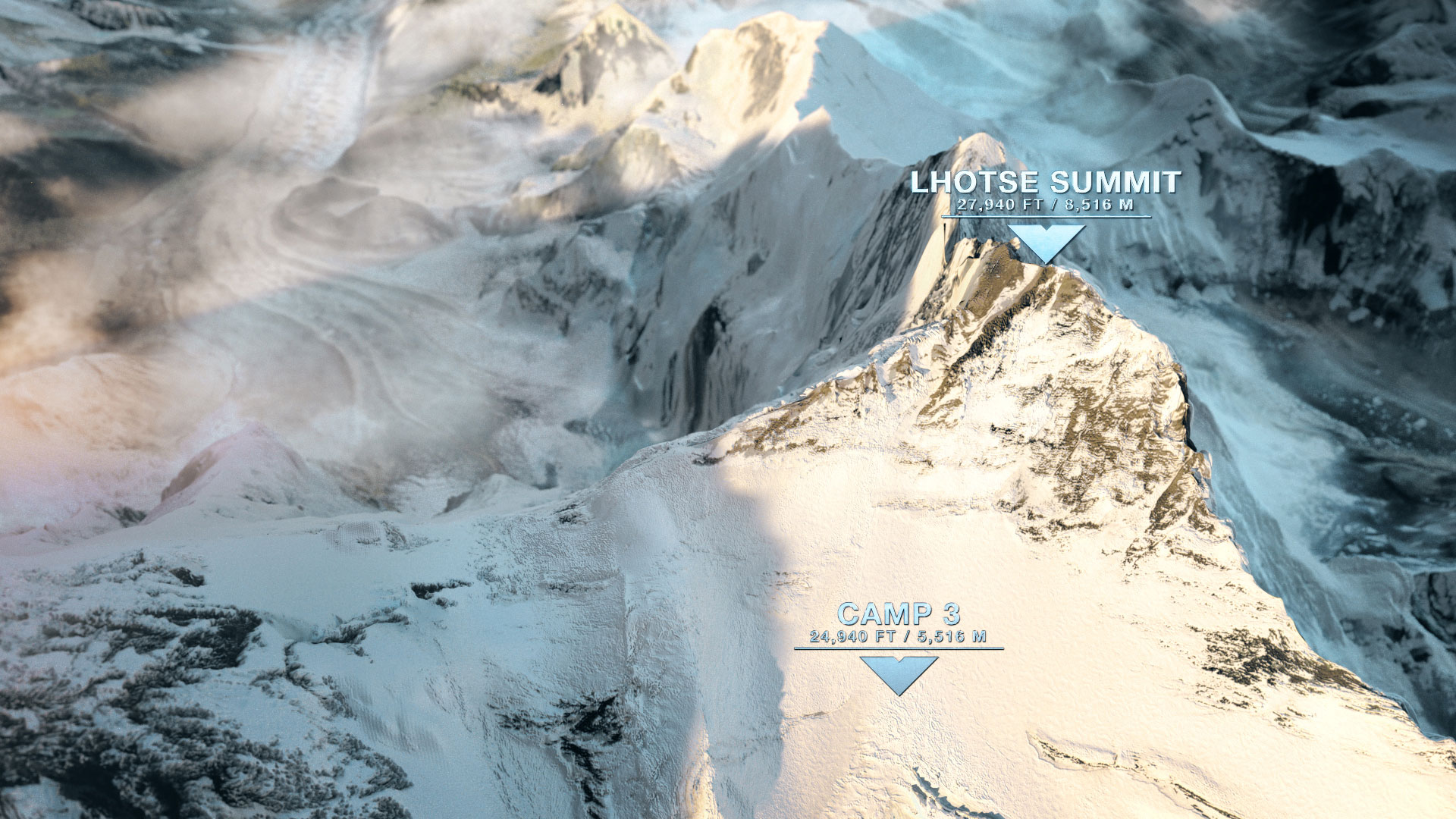 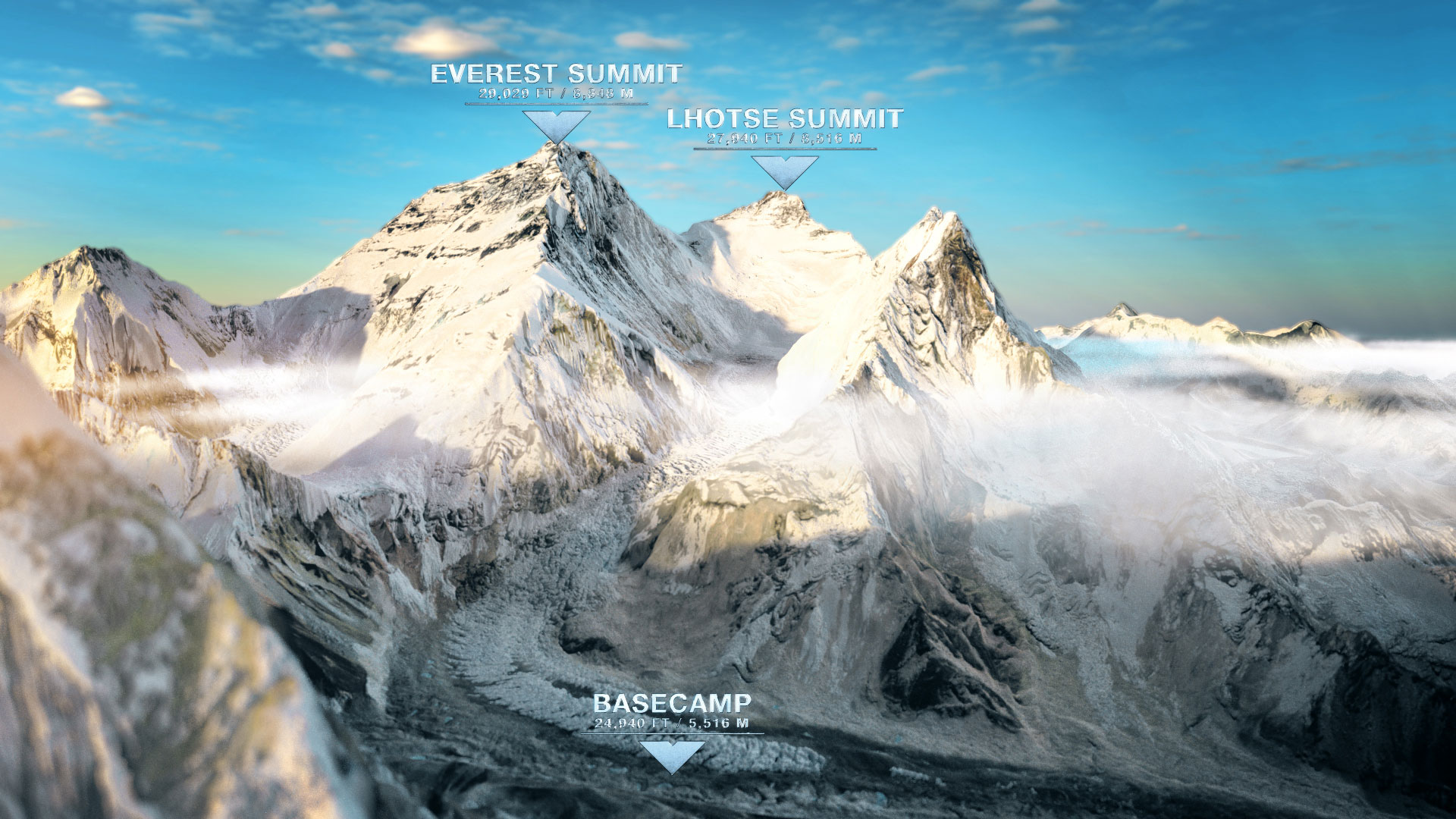 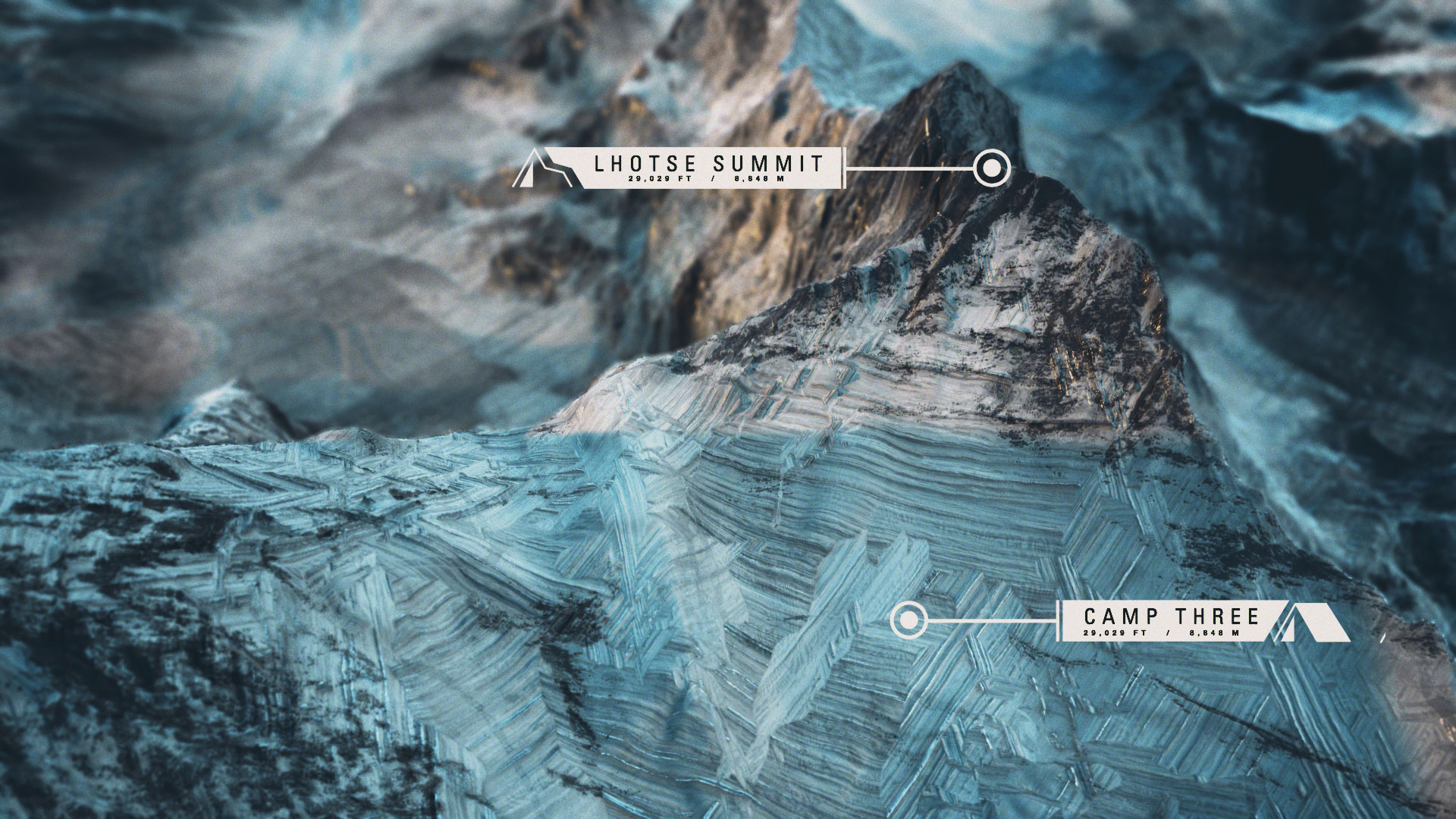 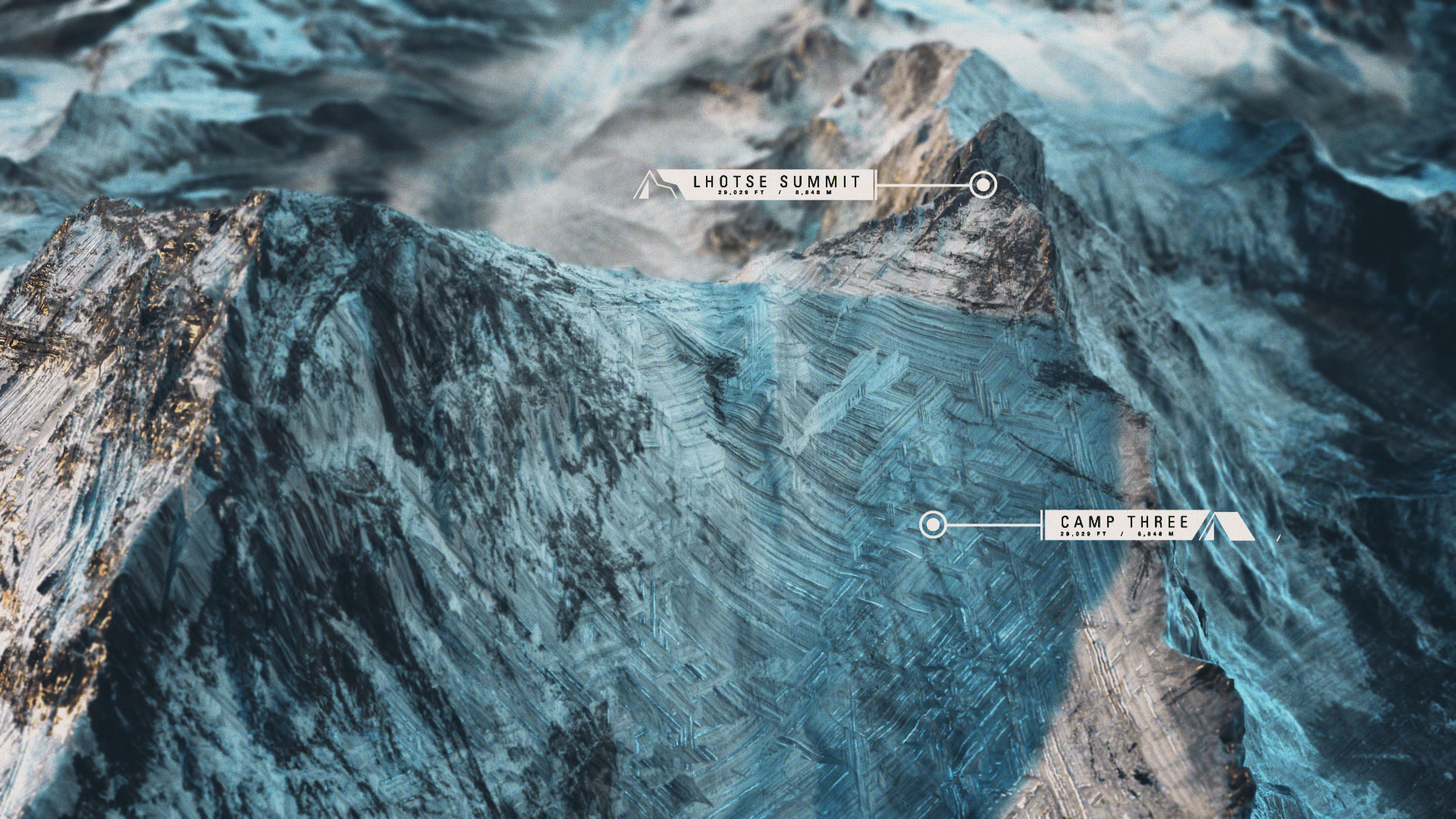 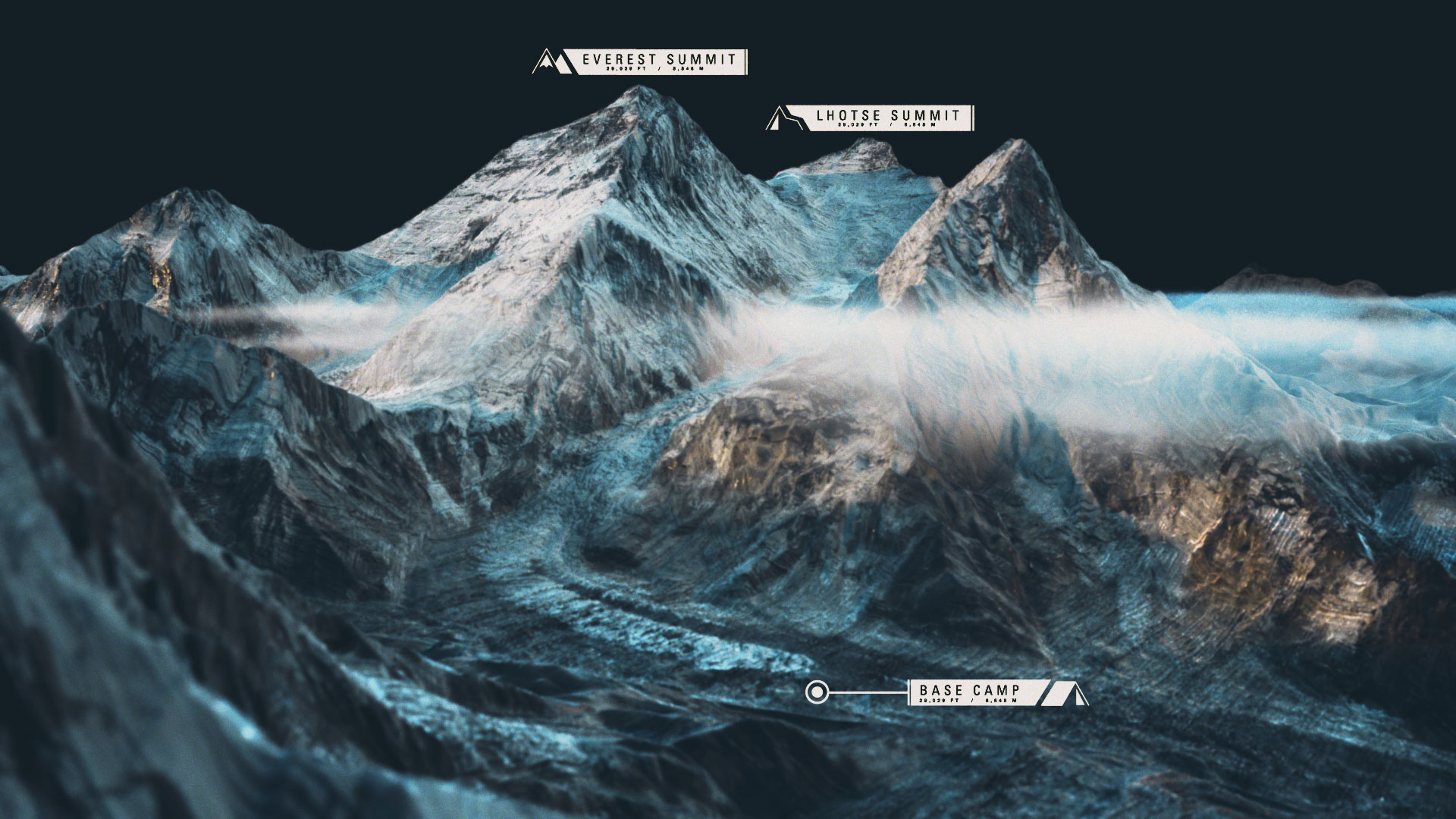 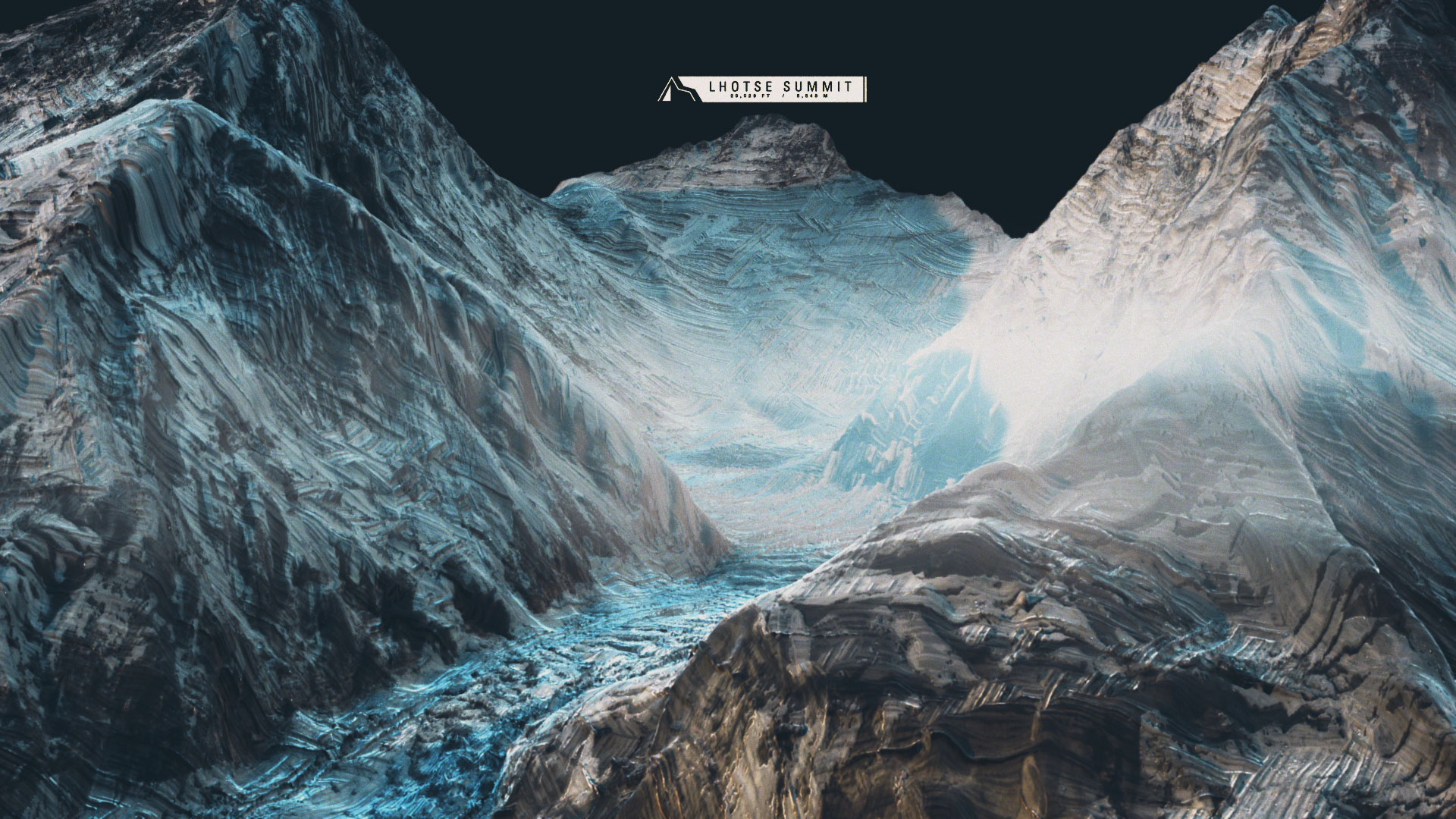